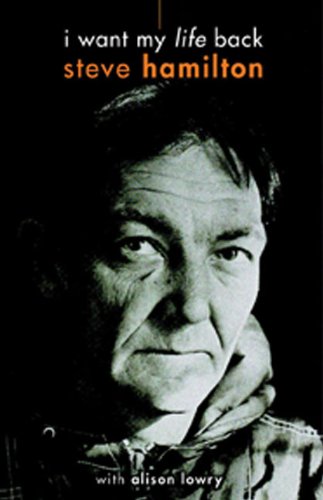 I WANT MY LIFE BACK

Hamilton, a 39-year-old South African, tells a sadly common tale of woe as a reformed drug addict and alcoholic, straightforwardly detailing how he descended into a dismal, purposeless life after surviving a broken home with a drunken father, and squandered his future as a promising tenor. Although Hamilton realizes early on that his addictions could derail his life, he sees little hope in shaking the dependence on drinking and drugging that, from his teens, quickly plunges him into a dead-end existence. Using his grim story as a departure point, Hamilton often lapses into long lectures on the evils of drugs and alcohol; he finds cigarettes can be a "gateway drug'' for those susceptible to addictive behavior. He doesn't render his brave journey from stupor to sobriety in a clear, linear manner, but rather in fits and starts, as he bounces from topic to topic, going from a brief admission of brain damage from his addictions to longer remembrances of his postrehab work with schools and companies, and the difficulty of fighting the urge to get high. While the recollections of his dysfunctional family and tainted friends hold an occasional charge of drama, Hamilton offers few new insights about the rigors of healing and rehabilitation, producing a predictable memoir that is, at times, boring. Hamilton addresses moral courage, determination and redemption in the face of temptation, physical decline and unwavering support from a community of peers. Despite the book's lack of originality and erratic narrative, the author's generous heart and willingness to help others make it inspirational and instructive.