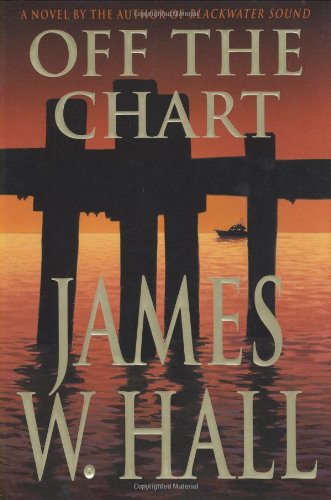 Hall (; ; etc.) once again sweeps the sand, surf and swamps of Key Largo, in a hyperdramatic mystery featuring sensitive tough-guy Thorn and his live-in girlfriend, Alexandra Rafferty. Hall sums up the plot nicely at the beginning of the book: "Lunacy and violence. Pirates, pirates, pirates." Thorn's long-ago fling with a beautiful woman named Anne Joy comes back to haunt him years later when Anne's brother, Vic Joy, a modern-day pirate along the Gulf Coast, decides he needs to add Thorn's five-acre property to his ill-gotten business and real estate empire. Anne and Vic are the damaged products of a dirt-poor Kentucky upbringing overseen by a smalltime dope-dealing father and a deranged mother with an all-consuming passion for pirates. Thorn refuses to sell to Vic, triggering a complicated coercion scheme that eventually includes the kidnapping of the nine-year-old daughter of Thorn's best friend. The local body count builds until Thorn is in an all-out battle against the deranged Vic, with a complement of U.S. helicopters and a small army of cutthroat international pirates. Hall's crisp writing, plus the ticking-clock suspense of the child-in-peril subplot and amusing secondary characters like Alexandra's dotty dad make this an exhilarating addition to the series.