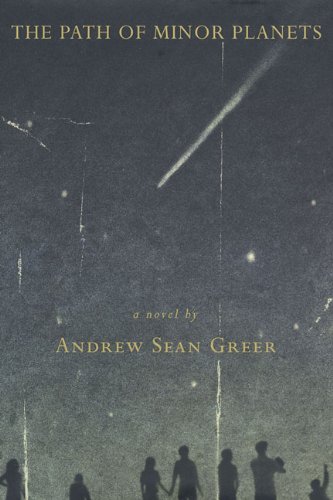 THE PATH OF MINOR PLANETS

The tracking and exploring of comets and stars proves more melodramatic than one might expect in Greer's quixotic, thinly plotted sophomore effort (after ). In 1965, several astronomers assemble on an island in the South China Sea to observe the comet Swift, but the event is marred by the accidental death of a young child. The tragedy seems to ignite a succession of relationship woes for two young scientists and their spouses. Like the galaxies they study, the progression of their lives and loves is updated as they reunite every six years to commemorate the anniversary of the comet's original appearance. What ensues is a lightweight, stagy, "who's-cheating-on-whom" plot detailing the interchangeable marriages of Eli and Kathy, Denise and Adam, and the coming of age of Lydia, the daughter of Professor Swift, the comet's discoverer. Denise's long-time flirtation with Eli escalates into an affair and threatens her own marriage, while Kathy's jealousy and suspicion are sure to undermine the love she harbors for her husband. But Lydia's human frailty and fallibility combined with her marked disinterest in astronomy and eventual estrangement from her father make her character the most distinctive and memorable. Greer often puts the plot on hold to provide long stretches of sentimental backstory, sacrificing much needed narrative tension for character development. But he's done his astronomy homework and the cosmological background lends the story breadth and texture. Greer's celestial fiction certainly aims for the stars—at times his vivid descriptions resemble Alice Hoffman's natural-world splendor—but the final product is decidedly earthbound.