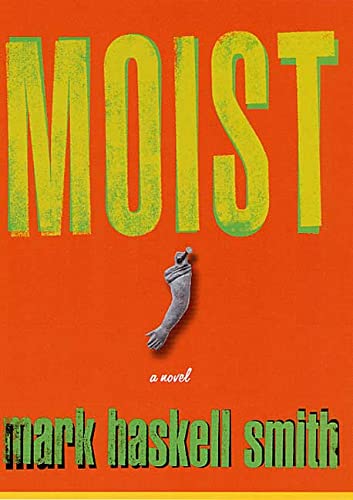 Scattered body parts, a masturbation coach, the Los Angeles Mexican mafia and the work of Frida Kahlo are spun into a frenetic froth in this gritty, entertaining black comedy. Bob, a slacker working at United Pathology in L.A., is roused from Tetris-induced inertia by the arrival on his desk of a severed arm bearing the distinctive tattoo of a naked woman. Ruthless Mexican mobster Esteban has also learned of the missing limb; he knows it belongs to his associate Amado and will tie him to the recent murder of a mob informant. As Bob ferries the arm to a forensic facility, he is violently waylaid by Esteban and his henchmen. Instead of panicking, Bob—weary of his dull life and recently separated from his sex therapist girlfriend Maura—finds himself strangely enticed by "the glamorous aspect of the criminal life." He becomes "Roberto" and strikes a deal with Esteban to fool authorities by delivering a different limb to the police in exchange for one night with Felicia, the seductive woman supposedly pictured in Amado's tattoo. But the replacement arm ends up being chopped from one of Maura's clients, linking everyone together. Meanwhile, Maura finds unexpected romance with a detective and Bob's liaison with Felicia turns into true love. Pace and plotting are all in this –esque tale, and Smith amply proves he knows how to get the adrenaline pumping. Fans of hiply skewed jackhammer action will appreciate this debut.