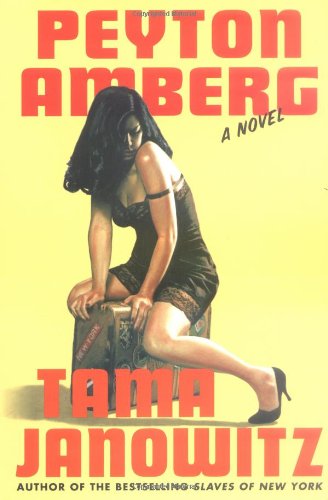 Peyton Amberg is a travel agent who really gets around—in more ways than one. In her latest no-holds-barred take on urban malaise, Janowitz (, etc.) chronicles the international romps of a modern-day Madame Bovary. With her stunning looks ("usually it would be impossible to find a man who, physically, was her equal"), Peyton has no trouble luring men to bed, but under pressure from her manic-depressive mother, she hastily marries an unsuspecting dentist for money and out of fear that no one else will deem her marriageable. Struck with a bout of ennui after her wedding and tired of trying to live up to the expectations of her in-laws, she rushes back to work and almost immediately takes a cheap trip to Brazil, where she meets a debonair German-Italian man, Germano. In the first of many misadventures, Peyton holes up with Germano in her hotel room, where she is wined and dined and otherwise entertained. With her libido unleashed, she finds it next to impossible to return to a normal life in her apartment on Manhattan's Upper West Side, and she pulls further away from her husband and, eventually, her young son. Though she perceives herself as self-sufficient, she becomes more and more addicted to her extramarital hanky panky ("A monkey in the zoo... could not have gone on a wilder bender on a weekend pass from its cage"), finding satisfaction in the beds of gangster Xian Rong in Hong Kong and cowboy Sandy in Vegas. Peyton's overactive id and sense of dissatisfaction seem a bit contrived at times, and her comeuppance rather old-fashioned, but Janowitz's trademark mix of humor and gross-out realism give the novel a queasy charge.