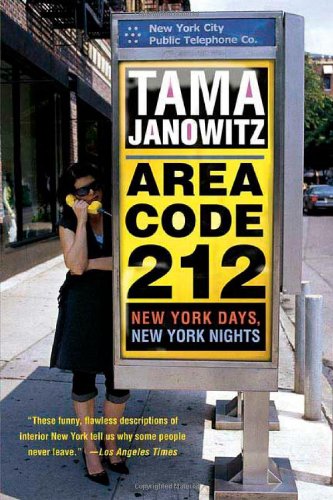 While Janowitz is famous for her 1986 bestseller , she's published widely since then—in everything from to —and has revised many pieces for this anthology. Apart from the first selection, a horrifying description of having a miscarriage in a toilet at the Museum of Modern Art, most are in the E.B. White mode: witty vignettes on life in New York. Since adopting Chinese babies isn't uncommon in the world of modern Manhattanites, it's not surprising when Janowitz describes the trip she and her husband took to Heifei to adopt. Janowitz's description of her incompetence as a new mom has an almost Marx Brothers quality, as she details their baby fighting a diaper change "like a wounded fox in a leg-hold trap." Her essays on animals and pets are characteristically contrarian. She prefers "timid, feeble, neurotic, snappish, picky, babyish" dogs, but finds the Prospect Park Zoo's kangaroo no more interesting than a "gigantic rabbit." Apart from crotchety lapdogs, Janowitz loves food (oozing pizza, pounds of chocolate, doughnuts, steaks, etc.), although she doesn't enjoy elegant hors d'oeuvres at lavish receptions—after all, isn't eating "basically a solitary pleasure"? "The '80s died in Manhattan in 1987, along with Andy Warhol," she writes. But Janowitz herself, older and more self-critical, is still going strong.