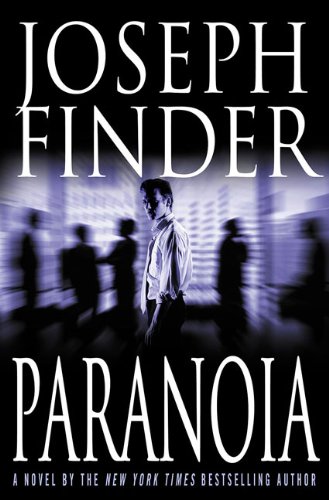 Is it too early to declare Finder's fifth novel (after ) the most entertaining thriller of 2004? Probably, but it will be a surprise if another suspenser proves as much sheer fun as Finder's robust tale of corporate espionage. Narrator Adam Cassidy's trip to hell begins when he charges to the company an unauthorized, very expensive party for a retiring blue-collar laborer at their place of work, Wyatt Telecom. Caught, low-level staffer Adam is given an offer he can't refuse by monstrously slick and wealthy CEO Nick Wyatt: penetrate rival high-tech giant Trion Systems and get the goods on Trion's killer new products, or face a battery of felony charges. Adam accepts the deal, and days later he's at Trion, along with false credentials that persuade Trion that he was a key player at Wyatt Telecom, rather than a cube-squatting shlub. Finder presents Adam's thrust into Trion as the scary, grand adventure of a stranger in a strange land, as Adam must contend with a new corporate culture and a host of envious enemies, particularly once he's tapped to be Trion founder Jock Goddard's personal assistant. As Adam comes to admire, even to love, Jock, the demands by Wyatt for ever better intel grate all the more. But if Adam refuses, prison awaits, and anyway he loves his big new salary and perks, not to mention his new, lovely Trion bedmate. Adam's love/hate relationship with his bitter, dying dad and his fragmenting friendship with a pal he's left behind add texture to the relentless suspense, punctuated by tense cloak-and-dagger scenes as Adam steals secrets from his new bosses. A first-rate surprise ending packs a wallop. This novel is the real deal: a thriller that actually will keep readers up way past their bedtimes.