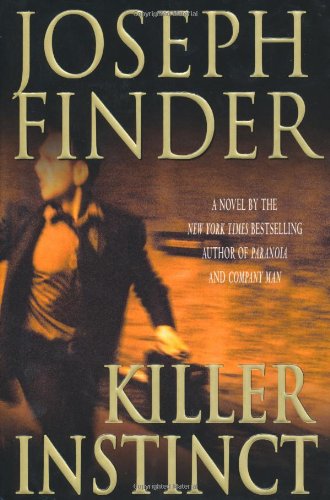 At the start of this masterful business thriller from bestseller Finder ( ; ), Jason Steadman, successful salesman at Entronics, an electronics company that's right up there with Sony and Panasonic, drives into a ditch near his office outside Boston while talking to his wife on his cellphone. Jason befriends the tow-truck driver who comes to his rescue, Kurt Semko, an ex–Special Forces soldier, and recommends him for a position at Entronics. In gratitude, Kurt begins performing fiendish little jobs for Jason that boost his sales and fortunes with the company. But Kurt eventually goes overboard, and people begin to die. The likable Jason finds himself trapped in a battle with a scary, seemingly unbeatable foe that builds to a rousing and satisfying climax. The villains may verge on the cartoonish, but readers who enjoy movies where you have to fight the urge to shout "Stop! Don't open that door!" will love this one.