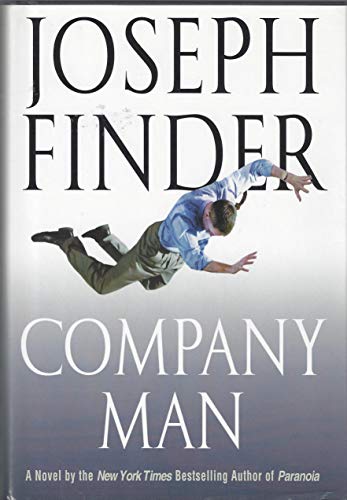 Though Finder has written several novels—including one made into the film —he hit bestseller lists in a big way only with last year's terrific , so this follow-up can be considered a test of his consistency, critically and commercially. While it doesn't dazzle as did, this is a solid, engrossing thriller that takes a few risks. Finder's primary risk is a protagonist who, while basically decent, is no paragon. Nick Conover, the youngish CEO of the Stratton Corporation, in Fenwick, Mich., has fired half of the high-end office furniture company's 10,000 employees at the bidding of new ownership in Boston. As a result, much of Fenwick hates Nick, including the person who has been breaking into his mansion and scribbling "No Hiding Place" on the walls, and who then kills the Conover family dog—presumably Andrew Stadler, a fired employee and erstwhile mental patient. When Stadler accosts Nick one night, Nick, panicking, shoots him dead, and then, under the influence of his shady corporate security director, covers up the crime. The two cops assigned to the murder prove dogged, sending Nick into a generally beleaguered state that's slightly alleviated by his new romance with, of all people, the daughter of the murdered man, but exacerbated considerably by his discovery that his Boston masters intend to sell Stratton to Chinese government interests. A thriller like this rides on its characters, and Finder creates full-blooded ones here. As in , his understanding of byzantine corporate politics is spot on, and the novel's pacing is strong, with steady suspense. Credibility wavers as Finder heaps Job-like trials upon Nick and then ends the book on an optimistic note, but there are few thriller fans who won't stay up to finish this assured tale. .