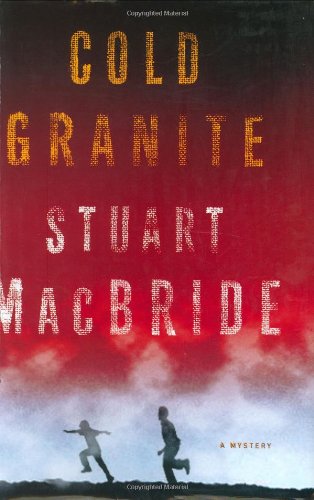 Relentless rain reflects the tormented mood that permeates MacBride's impressive debut set in Aberdeen, Scotland. Det. Sgt. Logan MacRae, back from a lengthy convalescence caused by a crazed suspect's knife attack, is plunged straightaway into the investigation of a brutally murdered child. To make matters worse, the victim's family learns of the death from a reporter before the police have a chance to inform them. Angered and embarrassed by the press leak, Logan, aided by WPC Jackie Watson, vows to expose the source within the precinct. Enter Colin Miller, flashy journalist, who befriends Logan, causing suspicious stares from Logan's superiors. More children go missing, and soon the populace of Aberdeen is screaming for blood. Further inciting the rabble, a notorious defense attorney earns acquittal for a habitual child molester. As a result, a hapless, ruined scholar–turned–street sweeper becomes a scapegoat for the chilling fear that grips the community. Logan must eliminate the distractions caused by the sensational publicity and summon his barely restored strength to anticipate the killer's next move. MacBride allows his characters their humanity, while weaving intriguing subplots in this edge-of-your-seat page-turner.