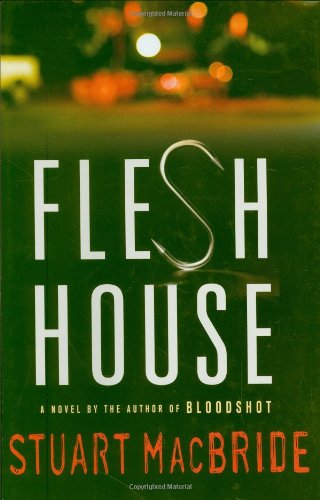 Not for the faint of heart or weak of stomach, MacBride’s superbly unsettling fourth novel (after ) sets Det. Sgt. Logan McRae on the trail of a serial killer in Aberdeen, Scotland. When human remains are discovered first in a shipping container and later in a local butcher shop, McRae’s superiors send him to round up Kenneth Wiseman (aka “the Flesher”), who terrorized the city 20 years earlier but was released on a technicality. Det. Insp. David Insch, who was part of the original Wiseman investigation, is determined to see the man behind bars. But when tragedy strikes, leaving Insch teetering on the edge of throwing away his entire career, McRae realizes that the police have been looking in the wrong direction. As more body parts turn up, McRae must fit the grisly pieces together before time runs out. MacBride’s dry wit turns what could have been a gratuitously gory slasher story into a crackling thriller.