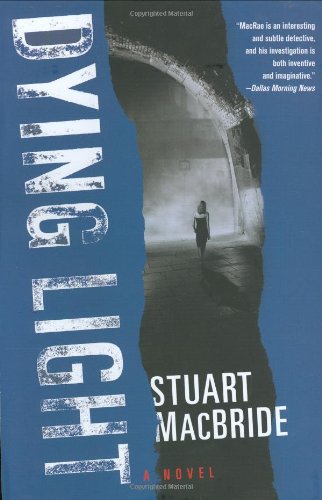 In this savage, darkly comic second American outing for the newest member of the "Scottish noir" school, the action begins with a particularly gruesome crime: a madman has sealed up a squatter's apartment and set it—and the six people partying inside—afire. That same evening, a prostitute is found beaten to death, and Det. Sgt. Logan MacRae, the ambitious star of (2005), is on the case. But his star has fallen; after a botched raid, MacRae has been demoted to the "Screw-Up Squad," led with a droll lack of enthusiasm by one Inspector Steel. Several characters from reappear, but newcomers won't have any trouble parsing this thriller, though some may be unsettled by the jarring but witty contrast between MacBride's wry tone and the story's brutal violence. The city of Aberdeen figures as one of this well-written novel's main characters, a portrait that will warn readers away from its mean streets.