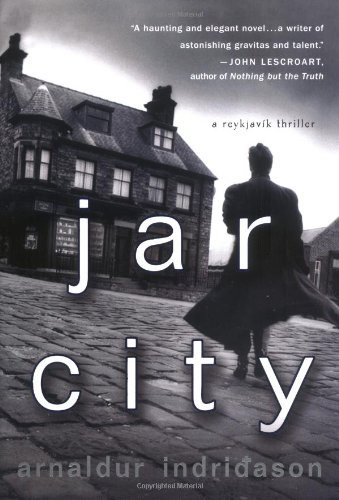 When a lone septuagenarian is murdered in his apartment in the Nordurmýri district of Reykjavík, detective inspector Erlendur Sveinsson is called in, along with partner Sigurdur Óli and female colleague Elínborg. Everyone is related to everyone else in Iceland and refer to one another by first name, even formally. Erlendur is about 50, long divorced, with two kids in varying degrees of drug addiction. The victim, a man called Holberg, turns out to have been a nasty piece of work, and Erlendur is disgusted by the series of rapes Holberg apparently committed. The rapes and the deaths of a number of young women may be connected, and the search brings Erlendur to the forensic lab, whose old "jar city," since disbanded, held research organs. Meanwhile, Erlendur's daughter, Eva Lind, is pregnant and still using; she flits in and out of his life angrily, but may be crying out for help. Reykjavík's physicality, and the fact that crimes are relatively rare in Iceland, gives things a defamiliarizing cast. The writing, plot and resolution are nicely done, but remain fully within genre boundaries.