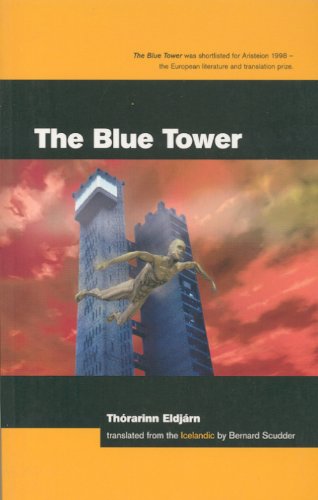 Combining adventure with Scandinavian political and literary history, Eldj rn's gripping saga of 17th-century Iceland consists mostly of the fictional memoirs of its real-life hero, Gudmundur Andr sson (who lived from 1615 to 1654). Confined to Copenhagen's fearsome Blue Tower for writing against the Great Edict (a puritanical, draconian legal code imposed on Iceland by the Danes), Gudmundur explains his unjust captivity by recording the story of his life. From his earliest years as a peasant's son, Gudmundur displays an ""excessive tendency to ponder things that are better left untouched."" Detecting his talent for learning, a clerical neighbor sends young Gudmundur to the Holar cathedral school, where he meets Einar Arnfinnsson, who becomes his best friend. Gudmundur also learns to use his gift for poetry to revenge himself on his enemies. Like the ancient Irish, 17th-century Icelanders believe that poets possess supernatural potency: when students from rich families play tricks on Gudmundur, he repays them with verse lampoons, encouraging them to believe in his magical powers. Einar secures Gudmundur a deaconship, but a cabal of Gudmundur's enemies, including relatives of class bully Thorkell Gudmundsson, eventually strips him of his station. After he writes an essay against the Great Edict defending extramarital sex, Thorkell circulates a garbled, malevolently revised manuscript under Gudmundur's name: the forgery leads to Gudmundur's arrest. As sketched here, Gudmundur is charming, intelligent, vain and ultimately na ve, a peasant scholar crushed by the establishment. In Scudder's stately English translation, Eldj rn's narrative of an obscure period in a far, cold country goes beyond historical verisimilitude, rendering Gudmundur and his troubles insistently memorable and intensely real. (Oct.)
close
Details