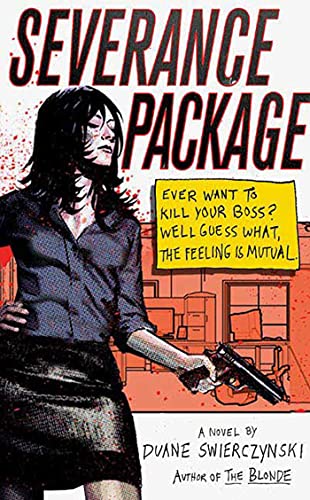 At the start of this violent and intense noir and espionage hybrid from Swierczynski ( ), David Murphy, the CEO of a Philadelphia financial company, summons his seven staffers for an important Saturday meeting, where he informs them that the business is being shut down, and that unfortunately he has to kill them all. Every escape route from the 36th-floor office has been sealed off or rigged with lethal sarin gas. Suddenly, mousy Molly Lewis pulls out a gun and puts a slug in Murphy’s head. The resulting chaos sets off a panicked scramble, as the reader gradually learns that the business is a front for a covert intelligence group called CI-6. Thousands of miles away in Scotland, two men monitor “Molly Lewis,” who’s actually a highly trained Polish operative named Ania Kuczun, as she performs her own private audition, which involves the systematic elimination of her co-workers using a truly imaginative array of methods. This action fest moves swiftly to its darkly satisfying conclusion.