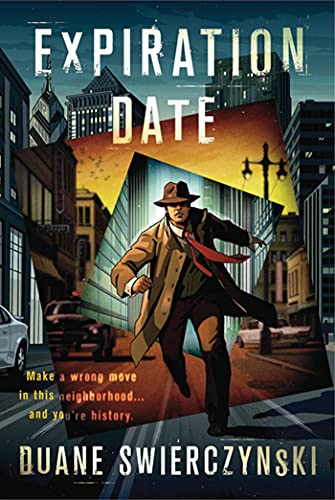 In this workmanlike time travel thriller from Swierczynski ( ), 37-year-old Mickey Wade, a struggling journalist who’s lost his job with an alt-weekly newspaper, the , accepts his mother’s suggestion to move into his grandfather’s apartment in the city’s seedy Frankford neighborhood. After popping some long-expired Tylenols for a hangover, Wade is transported back to February 22, 1972, the day he was born. Wade’s time-traveling self proves vulnerable to light, as shown by his losing two fingers. On returning to the present, Wade finds those fingers restored but without feeling. Subsequent deliberate trips into the past give Wade some background on the great trauma of his life, the apparently motiveless stabbing murder of his father, a musician known as the Human Jukebox. Predictable complications follow from Wade’s efforts to prevent the killing. This one will appeal mainly to Swierczynski fans.