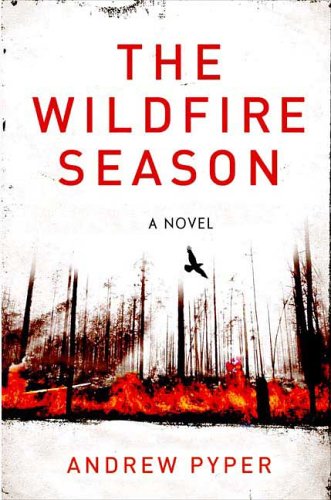 Set in Ross River, a tiny Canadian Yukon settlement, Pyper's subtle thriller develops a sense of dread more from the menace of uncontrollable forest fires and lurking grizzlies than the human predator who remains anonymous until the end. The local fire chief, Miles McEwan, is a loner whose hidden past is revealed when Alex, his vengeful former lover, arrives in Ross River with their five-year-old daughter, Rachel. Meanwhile, a retired executive and his wife come to town for a grizzly hunt, and it's wildfire season. As several fires combine to threaten Ross River's stubbornly independent inhabitants, the firefighters, the hunting party and the bears, an individual is plotting murder. Pyper ( ) writes beautifully about the splendor and dangers of the wilderness. He doesn't anthropomorphize, but his understanding of bears and fire imbues both with a life force. A bestseller in Canada, this novel offers excellent pacing and credible characters, though readers should be prepared for some horrific violence.