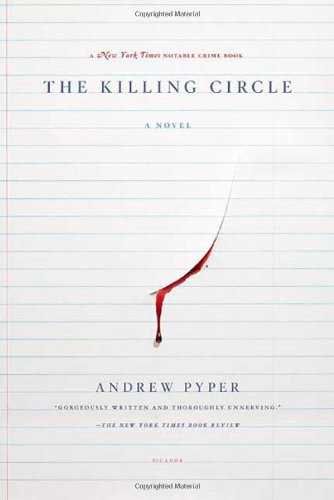 In this extraordinary thriller from Canadian author Pyper ( ), Patrick Rush, a lowly TV critic for a Toronto newspaper whose life has been slowly deteriorating since the untimely death of his wife, struggles to remain employed while trying to raise his precocious young son. When Rush decides to join a local writing circle in hopes of pursuing his lifelong dream of being an author, he becomes obsessed with a horrific work-in-progress written by a would-be writer in the group, a possibly autobiographical tale about being haunted by a “terrible man who does terrible things.” Rush begins finding connections among the story's supernatural villain, a shadowy serial killer with a predilection for dismemberment that has all of Toronto living in fear, and his own unraveling sanity. Powered by an ingeniously nonlinear narrative and suffused with a tone thick with dread, this is easily Pyper's most ambitious—and absorbing—work to date.