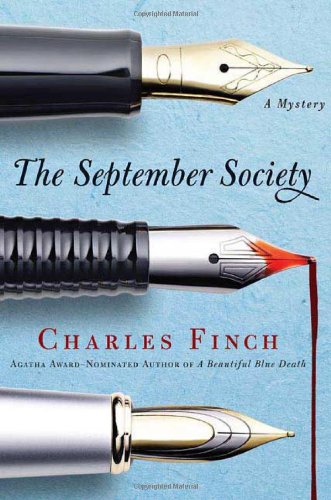 As in Conan Doyle’s , a crime committed in India has consequences in England years later in Finch’s less than successful second Victorian whodunit to feature amateur detective Charles Lenox (after 2007’s ). Since a prologue set in 1847 India makes clear that a double murder there is connected to a murder in London in 1866, there’s little mystery about the general nature of the motive behind the later crime. Lady Annabelle Payson consults the Peter Wimsey–like Lenox after the disappearance of her Oxford undergraduate son, George, who left behind in his college room a dead cat and a note referring to the September Society. When George turns up dead as well, Lenox vows to track down the killer, aided by his manservant, the Bunter-like Graham. While neither the prose nor the puzzle are at the level of , that volume showed enough promise to suggest that the author is capable of better in the next installment.