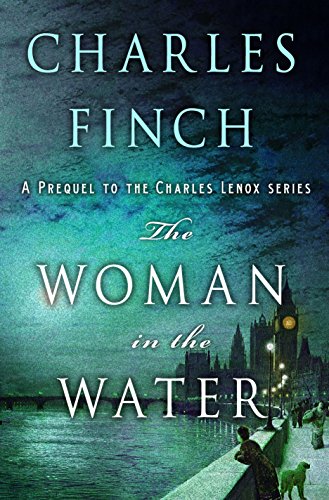 The Woman in the Water

Set in 1850, Finch’s uneven 11th novel starring aristocratic London sleuth Charles Lenox (after 2016’s The Inheritance) recounts Lenox’s first serious inquiry, undertaken when he was just 23. Lenox and Graham, his Bunter-like valet (“who every fifteen days or so let slip a small joke at his employer’s expense”), routinely peruse the papers for crime stories. An anonymous letter-writer to one newspaper boasts of having committed the perfect murder and of his intention to kill a second woman around the first crime’s one-month anniversary. The pair deduce that the writer refers to the unsolved strangulation of an unidentified woman found on an island in the Thames, and Lenox uses his family connections to get access to Sir Richard Mayne, the head of Scotland Yard, and a role in the investigation. Finch supplies an extremely clever solution to the murder mystery, but the dynamic between Lenox and his servants can feel more farcical than realistic, and describing the 19th century as the one “in which murder became a real notion” is ill-phrased, at best. Still, this entry will please series fans. Agent: Elizabeth Weed, Book Group. (Feb.)

This review has been updated with corrected agent information.