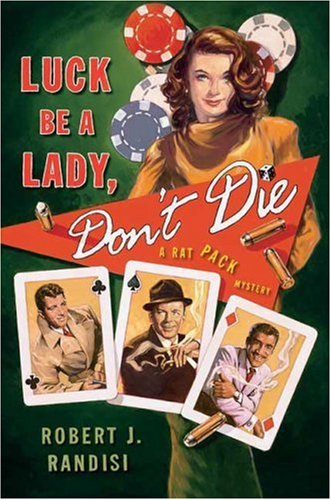 Luck Be a Lady, Don't Die: A Rat Pack Mystery

Randisi brings back casino pit boss Eddie Gianelli for his fast-paced second adventure in 1960 Las Vegas. Gianelli helped out Dean Martin in (2006), so it's a natural for Dean to call on Gianelli when his buddy Frank (Sinatra) runs into a little problem involving a missing girl. Plenty more names are dropped when the Rat Pack assembles in Vegas, where Dean is performing before the premiere of . There are also plenty of bodies dropping as Gianelli and his New York–based protector, Jerry Epstein, try to locate Frank's girl discreetly. Randisi perfectly captures the glitz, glamour, corruption and crime of the era, using the Rat Pack gang with affectionate respect and considerable acumen. Gianelli and Epstein make an entertaining and effective odd couple, nimbly charting a path beset by stars, capos and cops as they hunt down a gal that somebody wants dead.