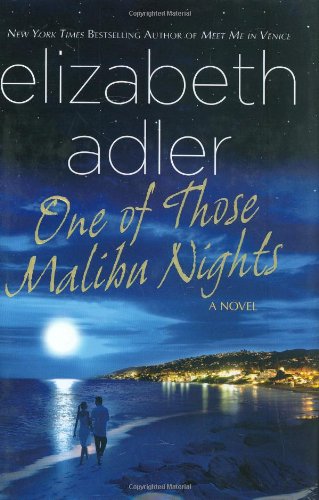 One of Those Malibu Nights

Mac Reilly, an L.A. PI who hosts a cold case crime show called , investigates a hot case or two in this sparkling novel of romantic suspense from bestseller Adler ( ). Mac is strolling along the Malibu shore when he hears a female scream from a neighbor's house. Rushing to the rescue, Mac encounters a young woman with “the face of a naughty angel,” who points a handgun at him. When the gun goes off by accident, Mac makes a hasty exit and later learns he's met one of the girlfriends of Ronald Perrin, a “billionaire investment mogul” married to Hollywood actress Allie Ray, who wants a divorce. Ron asks Mac to find out who's following him, while Allie hires Mac to discover who's stalking her. When Allie vanishes after the Cannes Film Festival, the fun really begins. Infused with Malibu glamour and set in alluring locales in Mexico, Italy and France, this summertime read offers plenty of romantic élan and international intrigue.