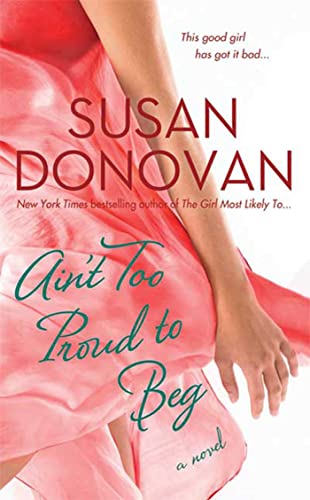 Ain't Too Proud to Beg

Donovan ( ) whips up a fine frappé of romantic comedy and suspense. Josie Sheehan, obituary feature writer, joins her dog-walking friends in a vow to give up on men. After a drunken motorcycle crash left Rick Rousseau nearly crippled and his date comatose, he swore repentant celibacy. Of course, the two can't resist each other, and their first date is laugh-out-loud hilarious, but when Rick's old girlfriend slips from coma to coffin, drama ensues. Donovan creates delightful characters in Josie and Rick and a fine supporting cast in the dog-walkers and Rick's rehab buddy. Even the villain is a sympathetic character, though the end of his plot is cut disappointingly short. Excessive gushing over the trappings of Rick's wealthy lifestyle is the novel's only flaw.