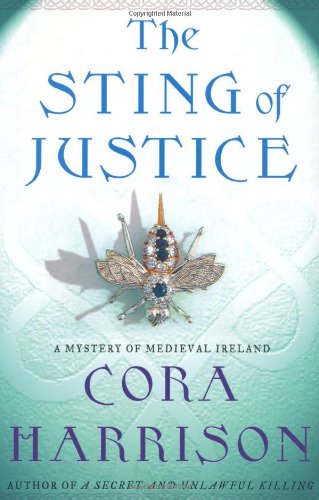 Harrison's stellar third novel set in the Irish kingdom of Burren (after 2008's ) blends a fair-play murder puzzle with a convincing portrayal of early 16th-century Ireland. Series heroine Mara, the region's brehon (or judge), is responsible for maintaining law and order and for running the local law school. While attending the funeral mass for a beloved local priest, Mara discovers the body of Sorley Skerrett, one of the richest men in the area, who owns a silver mine. Skerrett, who was allergic to bee stings, died as a result of being stung by a swarm of the insects. Despite appearances, Mara believes the death was a homicide and enlists her eager students to aid her in interviewing the many suspects, who include the victim's ex-wife, the son he disinherited and others wronged by his unscrupulous business dealings. Ellis Peters and Peter Tremayne fans who have yet to discover Harrison will be overjoyed.