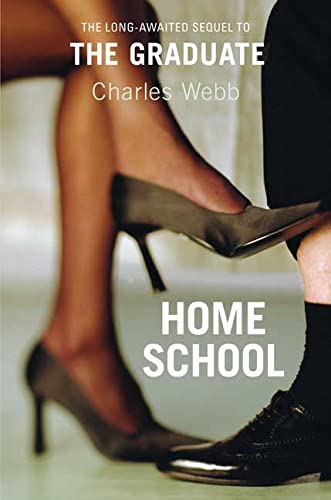 It’s one of modern pop culture’s great mysteries: What happened after ’s Ben and Elaine busted out of Elaine’s church wedding and fled the world of hypocritical convention personified by her mother, Mrs. Robinson? In this sequel to his seminal 1963 novel, Webb’s droll answer is that, 11 years on, they’ve settled down to a quiet suburban life in New York’s Westchester County. Their sole antiestablishment gesture is to home-school their sons, Matt and Jason, using progressive educational nostrums that lead to open-minded debates over Jason’s desire to study the French Revolution by building a backyard guillotine. When a crisis arises that only her legendary wiles can resolve, Mrs. Robinson—now primly called Nan—re-ensconces herself in their lives and guest room. Horrified, Ben and Elaine figure that a dose of the counterculture will expel the dragon lady, so they invite into the house a family of hippie home-schoolers so organic that the mother still breast-feeds her seven-year-old daughter. Armed only with his stammering earnestness, Ben tries to protect his family from an improbable alliance between Nan and the let-it-all-hang-out ’70s. (“That was exactly right, the best possible response,” he reassures Jason after the lad gently declines a swig of breast milk.) Webb crafts both a wicked sendup of the post-Vietnam cultural revolution and an acute satire of the romantic associations surrounding his characters and the generation-defining film, slyly suggesting that Ben and Elaine are the squarest people of all.