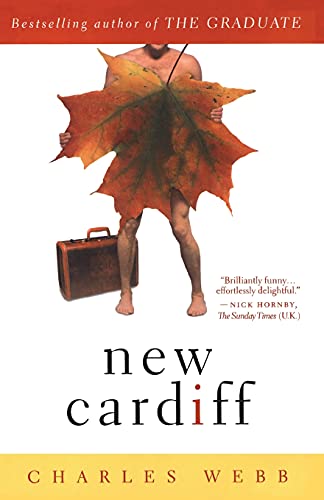 In his first novel in more than 25 years, the author of relies almost exclusively on witty, ironic dialogue to explore a rather tortured romantic triangle. Recently dumped by his girlfriend and believing that the cure for heartache may be travel, young Brit Colin Ware flies to New York and takes a bus north. He has no particular destination in mind, so when he spots a fascinating monument in the town of New Cardiff, Vt., he disembarks. After he spills his guts to the manager of the motel where he is staying, she decides that Colin might make a good match for her friend Mandy Martin, a caregiver at the local rest home who is currently between boyfriends. Colin and Mandy hit it off, and things move along swimmingly until Colin's ex, Vera, hits town to try to reconcile with him after lying about her impending marriage to another man. She does some serious damage to Colin's new relationship when she hunts down Mandy and tells her a series of fibs about Colin's need to return to England. Webb works some serious romantic magic with his dialogue, and the early scenes involving Colin and Mandy have a special chemistry and charm. But Vera emerges as a woefully incomplete character and, as the story progresses, the absence of prose interludes begins to make the steadily tongue-in-cheek dialogue cloying. Webb is a wonderfully playful writer who does a nice job of stretching out a familiar story, but this book comes off as an attractive but flawed cross between an overextended screenplay and an underwritten novel.