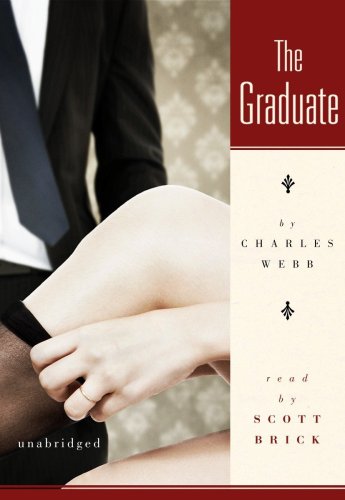 Graduating college provided no answers for Benjamin Braddock; it only furthered his frustration and angst with the world. Upon returning home, his disdain leads him into an affair with Mrs. Robinson, the wife of his father's business partner. However, no sooner does Braddock score with her than he is off courting her daughter, Elaine, in some perverse rendition of the Oedipal complex. Brick provides a strong narration of the text and executes believable voices for his male and female characters, as usual. His delivery of Benjamin is distinct enough to not seem derivative of Dustin Hoffman's performance in the 1967 film adaptation. However, Brick often portrays Benjamin as a whiney and petulant dolt much more than Webb's spare and sly 1963 novel suggests, which undermines the character's narrative.