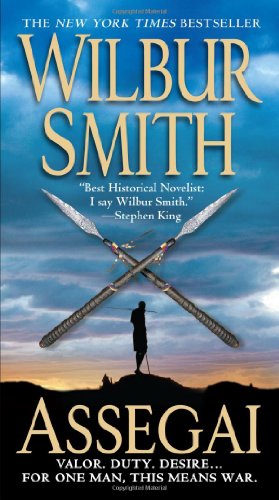 Smith continues the saga of the Courtney family of Africa begun in 1964 with . In this installment, Leon Courtney, ladies’ man and former lieutenant in the King’s African Rifles, becomes a professional big game hunter and safari guide in the years leading up to WWI. Among his clients are Kermit Roosevelt, son of President Teddy Roosevelt, and a spoiled German princess who is fond of the whip. The story really doesn’t kick into gear until halfway through, on the eve of war, when Courtney’s uncle, Brig. Gen. Penrod Ballantyne, commander of the British forces in East Africa, asks him to spy on his newest client, Count Otto von Meerbach, a German industrialist with a secret agenda. Courtney also begins an affair with Otto’s mistress, Eva, who has a secret life of her own. Will Courtney defeat Otto’s dastardly scheme and rescue Eva? Though the outcome is never in doubt, Smith manages to serve up adventure, history and melodrama in one thrilling package that will be eagerly devoured by series fans.