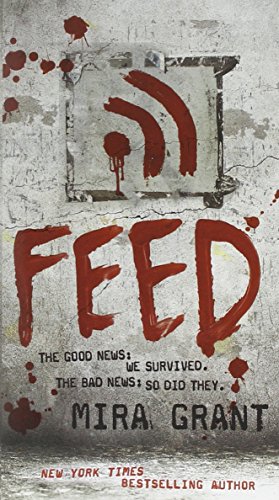 Urban fantasist Seanan McGuire ( ) picks up a new pen name for this gripping, thrilling, and brutal depiction of a postapocalyptic 2039. Twin bloggers Georgia and Shaun Mason and their colleague Buffy are thrilled when Sen. Peter Ryman, the first presidential candidate to come of age since social media saved the world from a virus that reanimates the dead, invites them to cover his campaign. Then an event is attacked by zombies, and Ryman's daughter is killed. As the bloggers wield the newfound power of new media, they tangle with the CDC, a scheming vice presidential candidate, and mysterious conspirators who want more than the Oval Office. Shunning misogynistic horror tropes in favor of genuine drama and pure creepiness, McGuire has crafted a masterpiece of suspense with engaging, appealing characters who conduct a soul-shredding examination of what's true and what's reported.