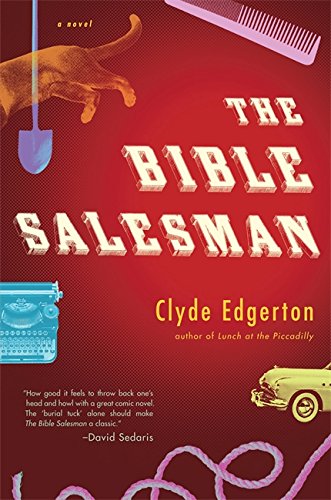 In this rollicking, rambling road novel of the post-WWII South, Preston Clearwater, a dead ringer for Clark Gable, steals cars and passes himself off as an undercover FBI agent. His mark is naïve 20-year-old Bible salesman Henry Dampier, whom Preston convinces to drive the cars to various paint shops (telling Henry that they have infiltrated a car-theft ring), while Preston follows in his own legally registered Chrysler. Preston undertakes more audacious forms of crime, while earnest Henry has a reunion with his fundamentalist family, listens to his cousin's scheme to market a new ad gimmick (called “the bumper sticker”), falls in love with roadside fruit-stand proprietor Marlene Greene and even manages to sell a few Bibles along the way. The hitch is his involvement with Preston: Henry will have to get wise to preserve all he has gained. Too many flashbacks to Henry's Baptist roots slow him down on the way to the novel's suspenseful climax and moving epilogue, but the result is one of the better takes on Southern Bible salesman buddy stories since Moses Pray and Addie Pray of .