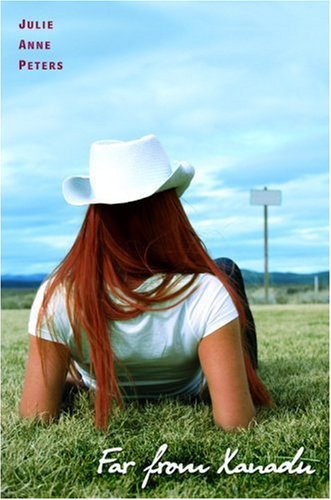 Many of the themes that Peters mined in appear in this novel, but are more smoothly integrated, making this a more accessible read. For one thing, Mike (born Mary-Elizabeth), who narrates the novel, does not lead a double life, as Luna did. When Xanadu transfers to Mike's small Kansas school, she initially mistakes the narrator for a guy; Mike works out obsessively and dresses in her father's clothes (he killed himself two years ago). Mike, who "acknowledged" she was gay but doesn't embrace it like her male best friend, Jamie, falls hard for the troubled newcomer. The author creates a vivid backdrop in rural Coalton, and it's refreshing that residents accept and even embrace Mike, donating money to send the star softball player to an exclusive camp ("I never, for one day, felt judged or excluded or persecuted in Coalton"). Mike is a unique and realistically complex character, and while she wants to go to camp, she initially resists the town's charity. Her fallout with her morbidly obese mother doesn't seem quite severe enough given the two years of silent treatment she's received, and her own confused feelings towards her father at times seem forced. While Xanadu never becomes as real or as likable as Mike, the author convincingly paints Mike's physical attraction to Xanadu, as well as the heroine's descent into drinking as her obsession with the straight girl grows. Ultimately, readers will root for Mike and will come to understand her pain and need for love. Ages 12-up.