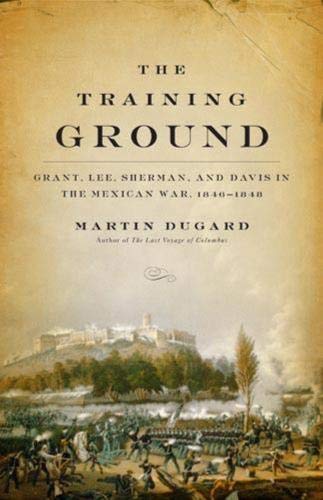 Dugard ( ) offers a fast-paced, colloquially written account of the Mexican War of 1848, constructed around the experiences of the U.S. Army’s corps of junior officers. Shaped by the common experience of West Point and tempered by battle, these comrades in arms (including Lee, Grant, Davis and Sherman) matured into the leading generals and statesmen on both sides of the Civil War. Dugard introduces others as well, from Union artilleryman Henry Hunt to Confederate icon Stonewall Jackson, who also learned their craft fighting the Mexicans. At the war’s end, commanding general Winfield Scott saluted West Point’s graduates as the key to America’s victory over Mexico. The image of a band of brothers transformed into enemies by conscience and politics is a familiar trope of the Civil War, but Dugard’s spirited narrative animates a group of men whose force of character, professional skill and ability to think outside conventional limits revitalized the sclerotic army. Readers will conclude this book with reinforced awareness of why the Civil War was so long and so bitterly fought: because, as Dugard shows, the contending armies were shaped and led by a remarkably capable—and experienced—body of officers.