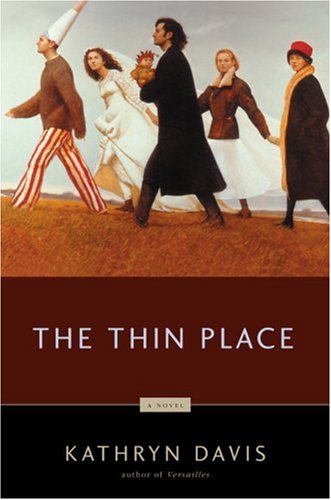 Davis stretches relationships over centuries and species in this loopy follow-up to her historical, . When three schoolgirls come upon a seemingly dead neighbor, Mr. Banner, prostrate on the beach, he is revived by the uncanny spiritual powers of one of the girls, Mees Kipp, a strange fatherless waif who is also able to communicate with dogs. The narrative's point-of-view jumps among various characters (including a dog) as Davis explores the teeming, deceitful, hidden lives of the small church-going community and teases out its history via the journal of a late 19th-century schoolmarm who harbors a secret passion. (She perished with her pupils in what has become known as the Sunday School Outing Disaster; the 1870s tragedy still haunts the town.) Meanwhile, in the Crockett Home for the Aged, sharp-witted Helen Zeebrugge, at 92, simmers at the stupidity and condescension of her caretakers; her only son, Piet, in his vigorous 60s, is looking for wife number five and is tired of dating the athletic French teacher at the high school. With her eye on Piet, 50-ish divorcée Billie Carpenter, new to town and unattached, possesses the clarity to grasp the larger supernatural realignment that's taking place in Varennes, as evil (or senseless mortality) is replaced by a life-affirming force: love.