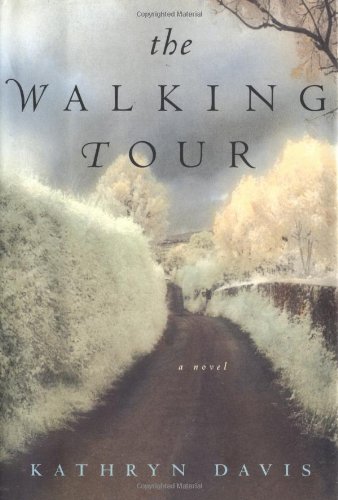 Davis's fourth and thoroughly engaging novel (after Hell) is a witty blend of genres: mystery, courtroom drama, futuristic tale and a reworking of Welsh myth. In some unspecified year in the 21st century, when ideologies have transformed to the point where ""the whole idea of edge... [has]... become a thing of the past,"" Susan R. Rose hides away on Maine's coast, in what was once her family home, reconstructing the events that led to her mother's disappearance and certain death during a walking tour through Wales, when Susan was 13. Equipped with letters and cards sent by her mother, a famous painter; a stack of unlabeled photos; a transcript from a wrongful death suit; and a laptop notebook her mother's oldest friend (and deepest rival) kept, Susan pieces together the spats, jealousies and sudden couplings of the tourists on a pilgrimage. Although she is at first alone, Susan's privacy is invaded by Monkey, a boy encamped nearby. He's a Strag, a member of a futuristic culture that is propertyless and thus lawless, ""a triumph of the virtual."" As in any good mystery, several possible suspects emerge with a variety of reasons to have killed Carole Ridingham Rose (even Monkey could hold a clue), yet Davis manages to keep this plot line alive while ingeniously weaving her imaginative settings. The playfulness of Davis's writing is irresistible. Laced with fairy tales, neologisms and poems, her prose is clever, sometimes dazzling, skating lightly over complex ideas that otherwise might bog down the narrative. Looking at an Andy Warhol painting, Susan's father says to her mother, ""I like it. It's like money; it skips the middle step."" One insistent theme surfacing in this highly original novel is the relationships between property and morality, between time and space. Davis's take on these subjects is intellectually rigorous, while the suspense remains satisfyingly taut. Author tour. (Nov.)
close
Details