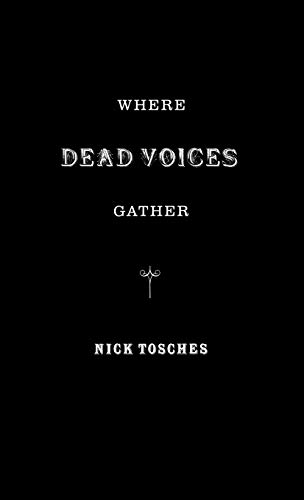 Beyond a handful of recordings revealing early jazz-era blackface minstrel Emmett Miller as "one of the strangest and most stunning stylists," some good press in the late 1920s and a few scattered recollections of a pleasant fellow who liked his whiskey, Miller has virtually escaped memory. But Tosches (), a bestselling author and contributing editor at , unearths this forgotten yodeling gem and excavates further still the creation, impact and demise of minstrel music. Neither tsk-tsking nor snickering at minstrelsy's racial humor, Tosches uses Miller to examine this period of "musical miscegenation and cultural pollinations" and the folks who provided its soundtrack. In his race to get down the facts—play dates, names, etc.—some of the author's characteristic fearlessness and quick humor is lost. But he was clearly wrong to call his obsessive venture a "mad labor for which no audience exists... grown now into... a book so bereft of commercial potential that not even I, who can skin a snake without its knowing it, can hope to con the most benighted and gullible of publishers into paying a decent dollar for it." On the contrary, Tosches's quest is irresistible, and many will, like the author, fall under the elusive yodeler's spell.