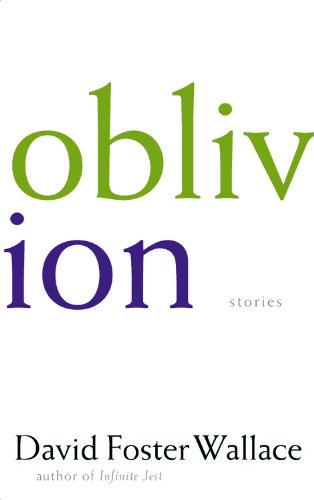 In his best work, , Wallace leavened his smartest-boy-in-class style, perfected in his essays and short stories, with a stereoscopic reproduction of other voices. Wallace's trademark, however, is an officious specificity, typical of the Grade A student overreaching: shifting levels of microscopic detail and self-reflection. This collection of eight stories highlights both the power and the weakness of these idiosyncrasies. The best story in the book, "Philosophy and the Mirror of Nature," assembles a typical Wallaceian absurdity: a paroled, autodidactic arachnophile accompanies his mother, the victim of plastic surgery malpractice ("the cosmetic surgeon botched it and did something to the musculature of her face which caused her to look insanely frightened at all times"), on a bus ride to a lawyer's office. "The Suffering Channel" moves from the grotesque to the gross-out, as a journalist for (a celebrity magazine) pursues a story about a man whose excrement comes out as sculpture. The title story, about a man and wife driven to visit a sleep clinic, is narrated by the husband, who soon reveals himself to be the tedious idiot his father-in-law takes him for. While this collection may please Wallace's most rabid fans, others will be disappointed that a writer of so much talent seems content, this time around, to retreat into a set of his most overused stylistic quirks.