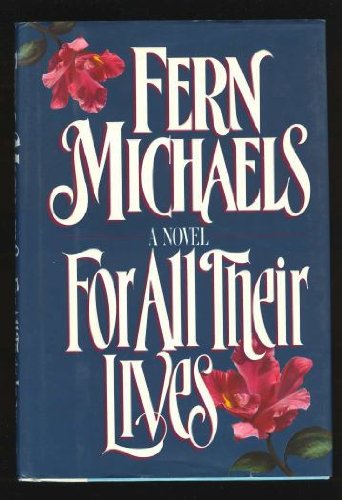 For All Their Lives

Michaels ( Vixen in Velvet ) provides an ample serving of schmaltz in this romantic potboiler linking a half-French, half-American army nurse and a wealthy idealist who volunteers for Vietnam to escape his power hungry father and icy wife. The lovers meet first before donning khakis, when Casey, who was raised in a French orphanage, inherits a house in San Francisco from the father she never knew. Mac has fled Alice, who is pregnant, though not with his child (he never told her he's sterile). He spends his last civilian days chasing Casey, neglecting to mention he's married. Later, in Vietnam, they squeeze an idyllic affair into moments snatched from bloody operating rooms and night maneuvers. Then a bomb blast disfigures Casey, who wakes from a coma to find she's been misidentified--and, worse still, misled by Mac. Claiming amnesia, she is shipped to the States for convalescence. Mac finishes his tour of duty awash in grief, then ascends to the Senate. At his side is a kinder, gentler Alice, now mother to a child with Down's syndrome. With Casey working in TV, Mac and she are bound to meet again. Michaels employs nearly every cliche of the romance genre: emotional orphans, buried lineage, switched identities. The result is more frenetic than satisfying, but should please this veteran paperback author's fans. Major ad/promo. (Nov.)
close
Details