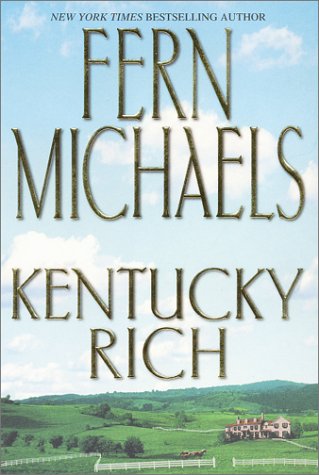 Continuing the saga of the Colemans and the Thorntons as recounted in and , this latest novel puts the next generation center stage and is the first in a projected new trilogy. Thirty years after escaping her father's repressive Virginia home with her illegitimate daughter, Nealy Coleman Diamond returns to his deathbed, scrabbling to find answers to why Josh Coleman was so hateful and abusive. In the intervening period, she's become a woman of means, succeeding in the man's world of thoroughbred racing in Kentucky. Once all the secrets have been revealed and she's taken revenge on the scoundrel who impregnated her, will Nealy be free to find true love at last? As usual with Michaels's sagas, the characters range from the kindhearted to the blackhearted, with scarcely any halftones between. The plot verges on the melodramatic, but it moves too quickly to pall. It helps for readers to be interested in racing, since Michaels knows her Secretariat from her Man O'War. The audience for her previous works is probably waiting at the starting gate for this one.