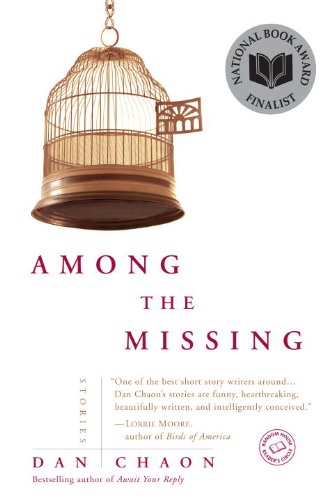 In the 12 quietly accomplished stories of his second collection, Chaon explores the complicated geography of human relationships, from the unintentional failures and minute betrayals of daily existence to the numbing grief caused by abandonment, disappearance or death. Specific and disquieting absences—an uncle who killed himself, a mother who vanished, a friend who was kidnapped—haunt the protagonists, and a series of metaphoric and literal stand-ins take the place of what's missing. In "Safety Man," a dummy intended for crime deterrence—propped in the passenger seat, it looks like a male companion—becomes a kind of surrogate husband for a young widow, and for her daughters, an inflatable father; in "I Demand to Know Where You're Taking Me," a woman caring for her incarcerated brother-in-law's macaw comes to loathe the bird, its ugly talk transforming it into a symbol of everything wrong and incomprehensible about him. By and large, Chaon's characters are citizens of the emotional hinterlands, lonely even when surrounded: "How did people go about falling in love, getting married, having families, living their lives?" Even those who think they know the answers recognize their powerlessness, such as the father who, looking into his son's eyes, thinks, "I am aware that hatred is a definite possibility at the end of the long tunnel of parenthood, and I suspect that there is little one can do about it." And yet these stories are neither morbid nor even particularly melancholic. Singularly dedicated to an examination of all the profundity and strangeness of the quotidian, they are, in their best moments, unsettling, moving, even beautiful.