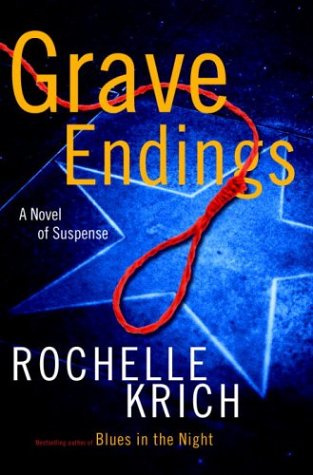 In Krich's third entertaining thriller starring spunky L.A. true-crime writer Molly Blume (after 2003's ), Molly at last gets on the trail of the killer who murdered her best friend, Aggie Lasher, six years earlier. Molly is blissfully preparing for her upcoming marriage to Zack, an ultra-cool rabbi (who doesn't mind if Molly wears jeans under her skirt), when Andy Connors, her friend at the LAPD, asks her to identify a locket found on the body of aspiring actor Roland Greeley, an apparent drug overdose victim. Molly identifies the locket as the one she bought 10 years before at Rachel's Tomb in Israel and gave to Aggie. The locket contains a sacred red thread "whose mystical power wards off the evil eye lurking behind envy and arrests its malignant reach." Was Greeley guilty of Aggie's murder? The more Molly digs into his past, the more she doubts the recovering addict killed Aggie, a dedicated social worker at Rachel's Tent, a haven for at-risk and abused women. Krich never misses a beat as her heroine unravels the dark tangle of the senseless crime, affirming Rachel's legacy and the blessing behind the red thread: the healing power of truth. Krich once again expertly mixes Orthodox Jewish faith with crisp whodunit plotting.