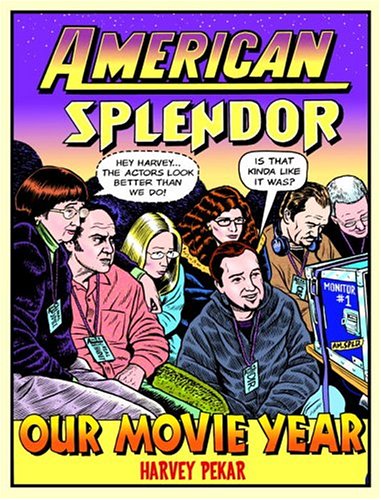 Fans of Pekar's slice-of-life series might be worried when they pick up this latest installment. Pekar is known for his everyman persona and his man-of-the-people storytelling style. But can he keep those qualities in the face of an award-winning movie based on his autobiographical comic book series? Happily, the answer is "you bet." Pekar's narrative style, as always, is straightforward. Mostly, he talks to the "camera." Occasionally, he lets readers into his head through halting, uncertain thought balloons (which nicely reproduce actual thoughts). Some of Pekar's stories are simple reportage, such as an account of his various David Letterman appearances. Others—like his description of locking himself out of his car at the movies—are great character studies. Throughout the stories in this collection, Pekar retains his trademark character: humble, down-to-earth, yet prickly at times. The art, by a crew of well-known independent cartoonists, varies in style—photo-reference realism, 1960s-style underground, computer graphics—but not in quality. All of it gets Pekar right. And some—like Mark Zingarelli's and R. Crumb's—is near perfect. Pekar fans will enjoy this strong collection, and be happy to see Pekar's adventures continuing in Hollywood and beyond.