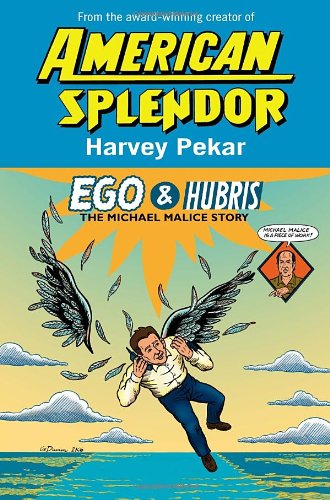 A 's Pekar branches out into a full-length story of someone else. This first-person tale documents the life of New York native Michael Malice, a fairly streetwise geek of frightening intelligence, if he does say so himself. Which he does. Numerous times. Malice's autobiography consists of a long string of episodes where he is right and everyone else is wrong. From first grade—where a teacher forces him to mispronounce a word in a children's story—to his string of nowhere temp jobs, he's in constant contact with people who are far stupider than he. The story gets much of its power from the shock value inherent in the narrator's unshakable confidence in himself. Dumping a girlfriend with leukemia, beating up on his intellectual inferiors, heaping contempt on those he doesn't agree with, Malice has endless energy for pointing out the faults in others. Still, Pekar makes him a compelling and memorable character, with his endless hunger for something better. Malice is clever and, at moments, surprisingly sympathetic—chiefly when he contradicts his own stated principles and derives intense satisfaction from the approval of others. Dumm, longtime Pekar collaborator, illustrates in his usual straightforward, quotidian style.