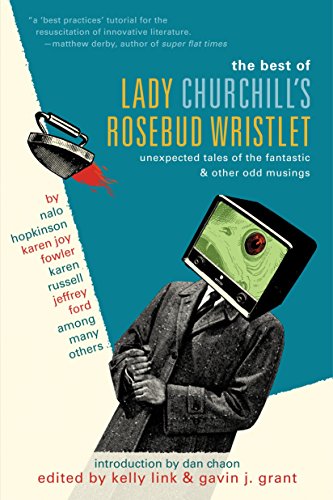 Genre-blurring stories, poems and articles by a few major authors and a host of relative unknowns appear in this oddly compelling excursion into the realm of the surreal and interstitial. The standouts are a diverse lot: Nalo Hopkinson's exquisitely visceral folkloric allegory â€œTan-Tan and Dry Bone,â€ Sarah Monette's darkly romantic â€œThree Letters from the Queen of Elfland,â€ the hilarious illustrations of Sara Rojo and narration of Lawrence Schimel in â€œThe Well-Dressed Wolf,â€ Richard Butner's appropriately dry â€œHow to Make a Martini.â€ Link and Grant also unabashedly include surprisingly subpar examples of their own work. With a major SF imprint publishing this hefty anthology, 's times as a low-profile fringe zine may be at an end, though it remains to be seen whether mainstream readers will be convinced to swell the ranks of its relatively few but utterly devoted subscribers.