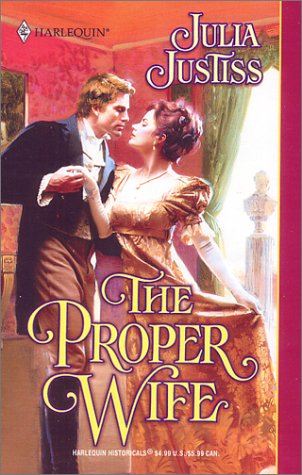 A spirited Regency-era romance that far outshines the usual fare, Justiss's newest (following ) spins a clever tale of a colonel who returns from the Battle of Waterloo to find himself in desperate need of a wife. Viscount Sinjin Sandiford doesn't want a frivolous London society beauty, however. He needs a sensible and eminently biddable middle-class bride who is nothing like his spendthrift mother. Although Sinjin is loathe to "barter his body and breeding" to restore his estate's coffers, he knows that marrying for love is an even more ridiculous notion; he was in love once, but Sarah, his childhood sweetheart, married while he was away. Fiery Clare Beaumont, Sarah's friend and the reigning queen of the Marriage Mart, is exactly the kind of woman Sinjin doesn't want. She's headstrong, reckless and—if men's club gossip is true—wanton. Unfortunately, whenever they meet, and clash, this seemingly mismatched pair can't keep their hands off each other. While Sinjin struggles to come to terms with his conflicting emotions, Clare pursues her own agenda, rescuing servant girls from bawds, matchmaking for a badly wounded war hero and easing her mother's depression. Justiss is a promising new talent, and readers will devour her tantalizing tale with gusto.