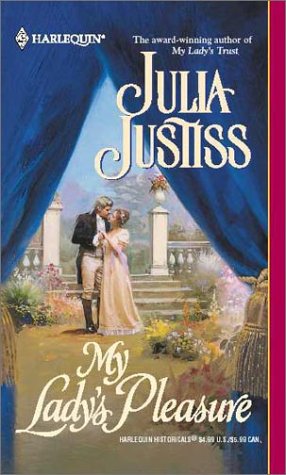 In this engrossing but sometimes patchily plotted Regency-era romance from Justiss (), a sheep-farming widow and a world-weary gamester dodge society's rules for a chance at love. Lady Valeria Arnold, hurt by her husband's calling out another woman's name upon his deathbed, and Teagan Fitzwilliams, hardened by years of scorn from his aristocratic family, find their lives overturned upon a chance meeting in Valeria's barn, where Valeria allows Teagan to seduce her. The more decorous setting of a London ball sets the stage for their next encounter, but Teagan knows that by even speaking a few words to her, he may stain her reputation. Valeria refuses to accept his decision to avoid her, so they decide to be merely well-chaperoned friends—whose simmering attraction deepens into love. But when Valeria gains an inheritance and a higher social standing, she is catapulted beyond Teagan's reach—unless he can find a way to repair his reputation. Though Justiss easily convinces readers of the impermeability of class, the resolution of the lovers' conflict relies too heavily on out-of-the-blue relatives and letters from beyond the grave, robbing the hero and heroine of the chance to shape their own destinies. Still, the tension between the couple crackles, bonding them on several convincing levels.