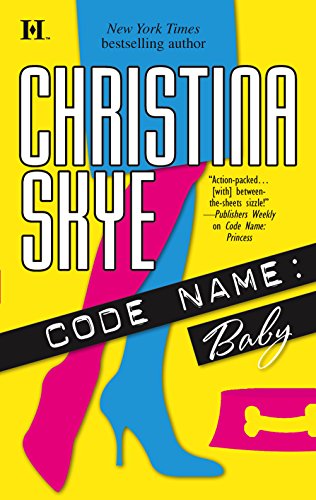 In bestseller Skye's thrilling third Code Name romance (after ), gorgeous dog trainer Kit O'Halloran works under government contract at her New Mexico ranch with four genetically enhanced black Labradors that, unknown to her, are worth millions to outside forces as well as to U.S. covert operations. Navy SEAL Wolfe Houston arrives to protect Kit and her canine charges, including Baby, the book's most endearing character. As it happens, Kit has known Wolfe from childhood, and her long-standing secret crush makes for a highly charged reunion. Wolfe's own biotech enhancements only intensify their red-hot sex. Meanwhile, Wolfe's former colleague Gabriel Enrique Cruz has escaped from an experimental government lab, where he was treated like an animal, and all hell breaks loose. The pat finish is a bit of a letdown, but fans should eagerly await the next in the series.