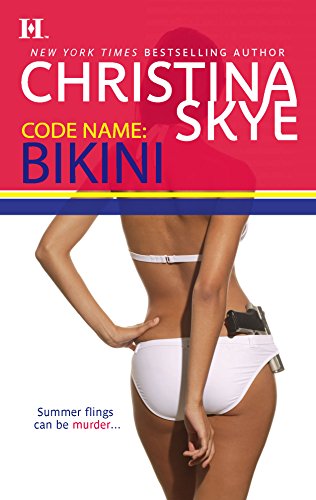 It's meets in this fifth addition to Skye's energetic Code Name series (following ). Fresh from a northern Afghanistan war zone and worse for the wear, microchip-enhanced navy SEAL Trace O'Halloran has a new assignment guarding valuable human tissue samples aboard a luxury cruise ship en route to Mexico. Trace, who'd rather be in a northern Afghanistan war zone, grimaces his way through boarding and the first uncomfortable meal before meeting pastry chef Gina Ryan, a rising industry star who gets her kicks creating and plating a thousand crème brûlées a night. Unfortunately, Ryan's nascent celebrity has netted her an enemy in Blaine Richardson, the Cruella DeVille of beverage service. When a villain from Trace's past resurfaces, things go from bad to deadly. While the romance between Trace and Gina feels inevitable and uninspired, and the plot line barely plausible, it makes a fun, antic read. Series fans will find what they came for, but newcomers will want to save themselves some confusion by starting at the beginning.