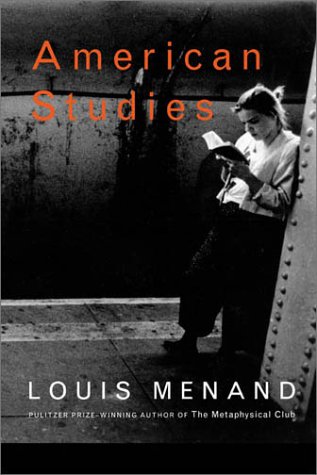 The success of , which won last year's Pulitzer Prize for History, surprised few regular readers of the and the , where Menand has contributed many of the most thoughtful review-essays of the last decade. This book collects some of the most cogent and clearly articulated of those pieces, and reaffirms Menand's position as a preeminent historian of American liberalism's cultural incarnations. The opening pieces, on William James's depression (or "sadness") and Oliver Wendell Holmes's "bettabilitarianism," further the brilliant profile of pragmatism developed by Menand in . The review-essay "T.S. Eliot and the Jews" is a sharp extension of the debate surrounding Anthony Julius's (and it might just entice someone to bring Menand's Eliot monograph, , back into print). Considerations of Richard Wright and Pauline Kael offer assessments of their achievements, showing why they still matter. The long pieces on Al Gore and architect Maya Lin show Menand's rigorous disinterestedness working less well in the context of interview journalism, but essays that portray 's Larry Flynt and evangelist Jerry Falwell as "working opposite sides of the same street," or exploring Christopher Lasch's flirtations with populism, throw that technique's power, and Menand's mastery of it, into bold relief.