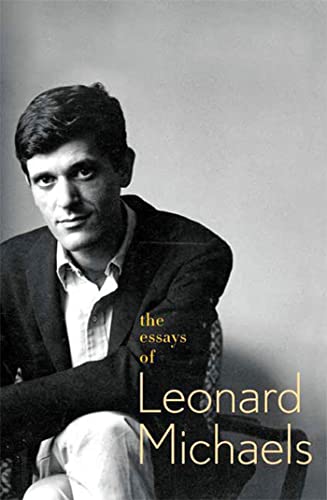 The Essays of Leonard Michaels

These essays, spare and elegant as Michaels alights on a range of subjects, follow the late writer's own precept: “I think we name ourselves, more or less, whenever we write, and thus tend always to write about ourselves.” This pungent collection, by a quizzical New York Jew who never quite assimilated, divides into two sections: critical essays and autobiographical essays. Many of these works first appeared in the , among other publications. The first part includes a brilliant essay “On Love” and another on “Having Trouble with My Relationship.” The latter breezily covers figures as diverse as Pope, Larkin, Heidegger and Kafka. Other figures and subjects blowing through these pages include Bellow, Nabokov, Kubrick, Edward Hopper, Wallace Stevens Rita Hayworth, and how to watch a movie. The best and most penetrating essays come in the second section, as Michaels gives a wincing account of family bedtime stories—on pogroms—a happier set of epiphanies on his father, a wise Yiddish-speaking barber; and yet another describing fish-out-of-water experiences at Berkeley. All told, these are soul-baring occasional pieces by a writer's writer and a master stylist.