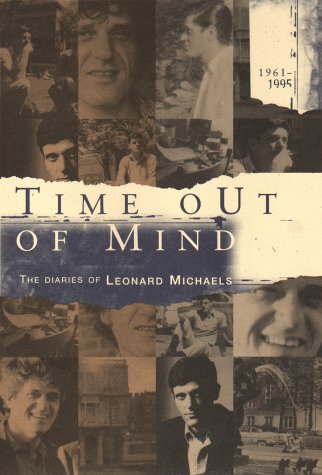 Widely praised as a novelist (The Men's Club) and writer of short fiction (I Would Have Saved Them If I Could), Michaels, in his private journals, undertakes a relentlessly candid exploration of the labyrinth of self. The central theme of his fiction--society's blindness to itself--resonates through these excerpts. His first wife, Sylvia, committed suicide at age 24 in 1963, a tragedy that, judging from this confessional, left him emotionally numb for years. In minimalist, deadpan prose, he re-creates their Greenwich Village milieu, conjuring a circle of off-kilter urban characters who seem as self-absorbed and neurotic as any Seinfeld coterie. Michaels drifted through two more marriages, both ending in divorce, fathered three children, crisscrossed the country, taught English in upstate New York and at UC-Berkeley and shifted between periods of gregariousness and solitude. He often comments astutely on the inability to express love and on the compromises couples make. Above all, Michaels captures the loneliness and exhilaration of being a writer, which for him means going against the grain, resisting the reigning illusions sustained by advertising, news, politics and the zeitgeist. A seismic register of daily thoughts and observations, this journal sometimes descends into the mundane, but every so often quietly rises to magnificence: ""Courage is continuing to perform your daily tasks, and being hopeful despite the odds, not inflicting your fears on others, and remaining sensitive to their needs and expectations, and also not supposing, because you're dying, nothing matters any longer."" First serial to the New Yorker. (July)
close
Details